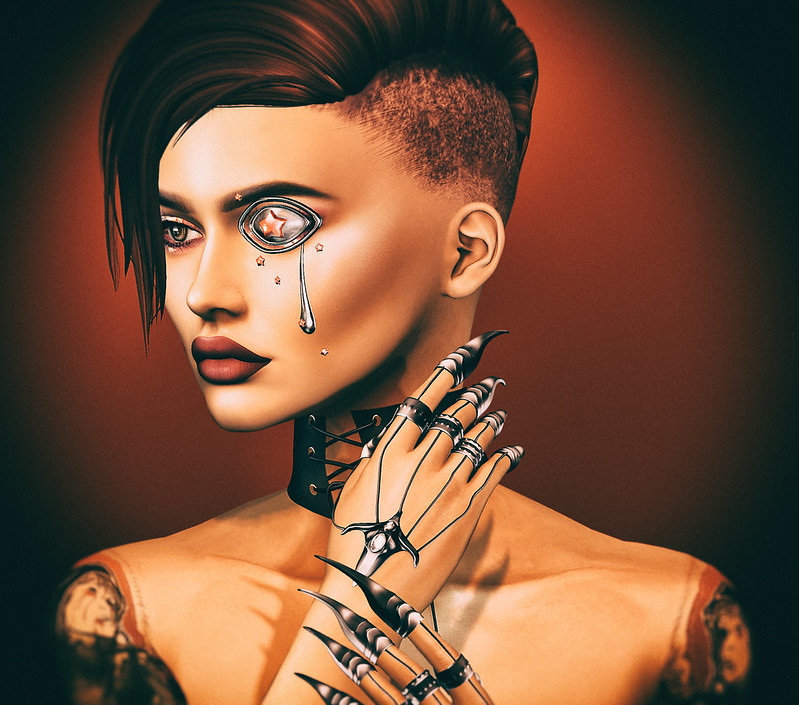 More Uber goodness with some We <3 Roleplay thrown in for good measure!

The stunning lipstick I’m wearing is part of the Colour Elixir set from Genesis Lab. You get the following palettes in the pack: Reds, Pinks, Nudes, Nights Out & Dark Nudes. I’ve shown one from the Nights Out palette. They are buttery soft mattes, which are my all time fave in rl too. I just realised I sounded like a beauty guru Youtuber LOL. However, anyone who has worn the Nyxx Soft Matte Liquid Lipsticks will know exactly what I mean ;)

The eyepatch and claws are from We <3 Roleplay. The claws made me a bit sad, as it was only after I unboxed them I realised they were Maitreya only…it didn't say on the vendor ad. Also no one has mentioned this on other blogs. No big as I own Lara, but I think it's important for people to know what they're purchasing before they purchase. The eyepatch however, that gave me the happy! It's customisable via the hud and as it's unrigged you can move it around to get a good fit.

It's been an age since I've wandered round We <3 Roleplay, I'd forgotten how many hidden treasures can be found there. I'll be going back from a more in-depth trip shortly ;)