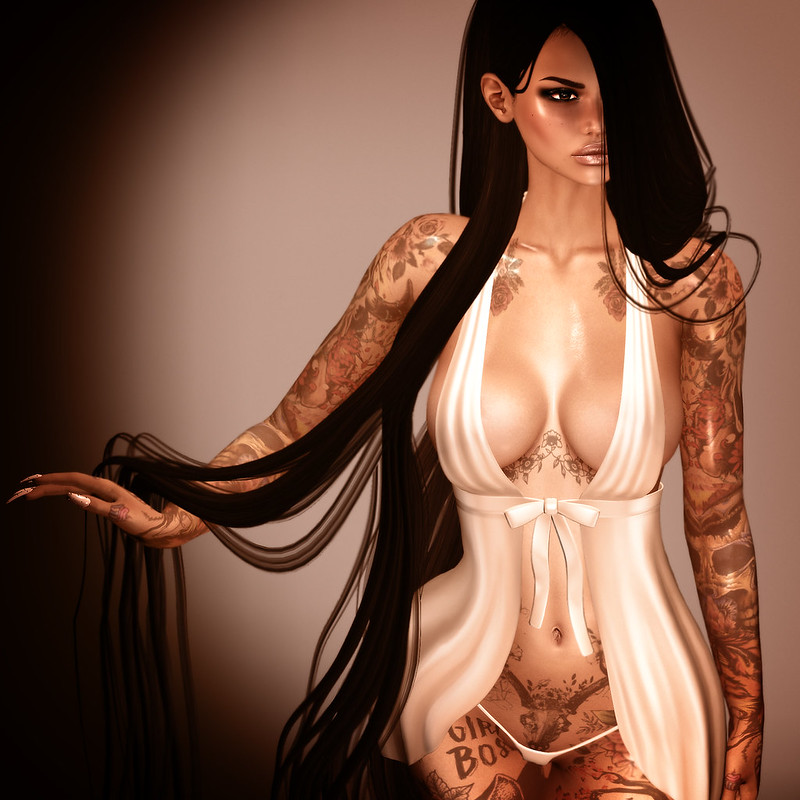 The Solstice hair by Moon is such an awesome idea, my only con is the textures. I’d really like them to be more detailed, but that’s just personal preference.

I’m wearing a new skin applier from 7 Deadly Skins that you can find at Applique. I tend to have favourite skins and heads that I switch between and always gravitate towards those, however this made a nice change. It’s an Omega applier, so if you have a head that’s Omega compatible you’re good to go. It is available in 6 tones, all Caucasian. I had a stickybeak at her Flickr feed and she does do darker skins too, just not this time around.

I’m also wearing this lovely lingerie by VoluptasVirtualis that can be found at Frou Frou. True to my word, I really did go slightly nuts there with my spend age, but seriously, who can resist?!