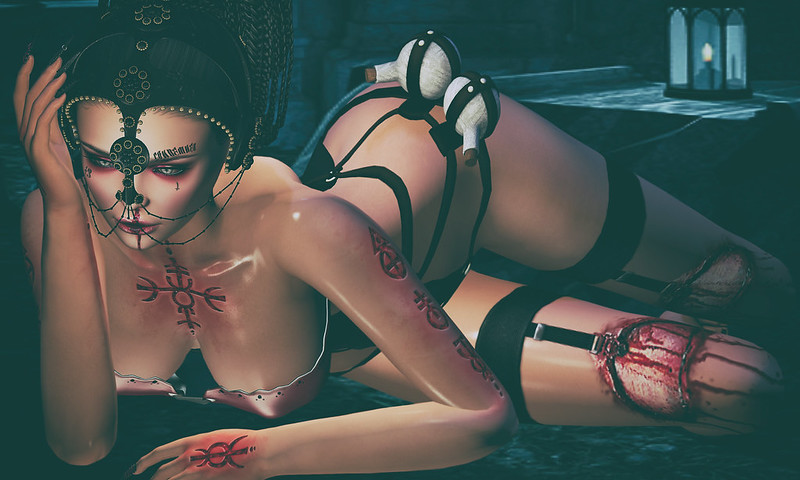 The Dark Style Fair AND Season Of The Witch both open later today!!

So I thought it fitting to show items from both, System Of A Down was my soundtrack for this picture taking session. Isn’t it funny how we’re influenced mood wise by music LOL. My toddler definitely likes tunes on the heavier side, he’s already quite the mosher ;)

I also went a bit nuts in Suicidal Unborn yesterday, the makeups are so perfect for those of you with darker styles. There’s also some great group gifts in the front of the store and it’s only 100L to join. Total bargain. My only wish is that the beautiful lipsticks get updated to include Lelutka appliers…a girl can dream!

I’m also showing an item from a new to me event Le Six. I went there specifically for the Azoury headgear I’m wearing, but ended up spending a fortune on other stuff…as you do.