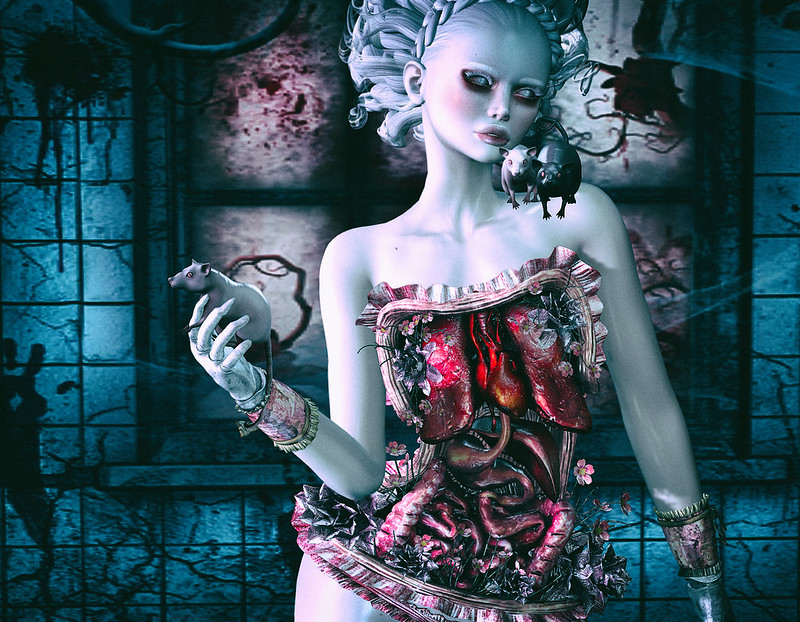 I’m so excited today to show my favourite win at The Epiphany!

I played this machine the most, with dogged determination…I wanted the organ system LOL. Before the event started I’d been showing the preview of the Cureless set to anyone who would let me paste a link to Flickr haha. When the shopping guide came out and Justice and I were planning which machines we were going to play, she said “YES, I know you want the Cureless set!”

So here it is in all it’s gory loveliness. I included some rats from Osmia because they felt right…I was gonna have the rats eating me, but that was too gory, even for me ;)

2 thoughts on “Beautiful On The Inside”