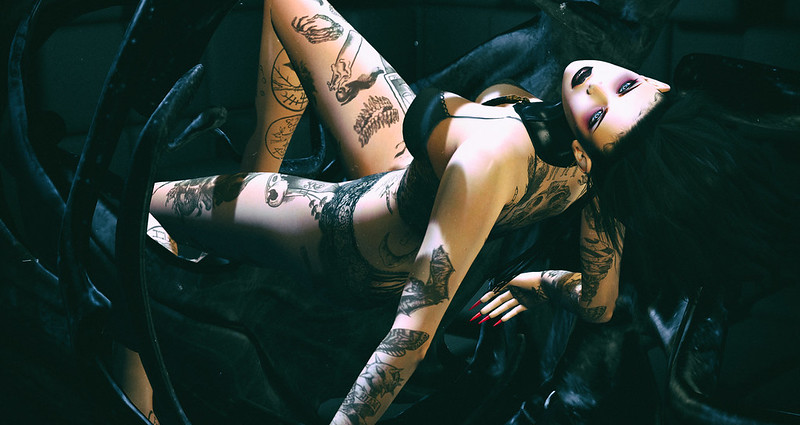 I’ve had a couple of days off to nurse my gorgeous dog after he had quite a big operation.

We had taken him to be groomed and his groomer found a huge lump on his back leg. He’s an Airedale, the hair on their legs is always left long which is why we never noticed this lump. So after a biopsy the vet decided to remove it. It has been an emotional and nerve-wracking week as he’s not a young dog anymore even though we still refer to him as the puppy. When we finally got him home, complete with a cone of shame and a fluid drain in his leg then began the epic task of keeping him and the toddler separated.

Easier said than done LOL. They love each other heaps, but the toddler is now obsessed with Teddy’s “owies” and wants to touch it, not ideal. Teddy is a huge dog, 37 kilos and super clumsy anyway, let alone with the cone on his head LOL. So they are crashing into each other and getting cranky. It’s been wonderful here hahaha.

Anyways, onto the sl stuff now! The Kinky event has opened or is about to open…we had Daylight Savings here last night…as well as a power cut, so I’m unsure of the actual time. ALL THE THINGS are happening ;) My collar and tatts are from Kinky. I’m gonna do a closer pic of the collar so you can see how truly lovely it is, I just wanted to get this picture out first.