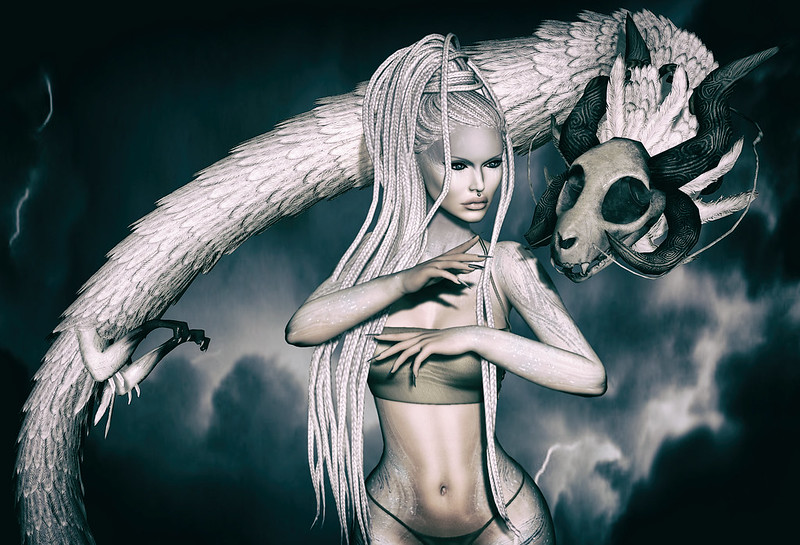 My top is part of a set by Wicca’s Wadrobe at Gacha Guardians. Admittedly I took it in a direction i don’t think it was supposed to go but hey! My brain is a stange place sometimes :P

My skin is nothing short of incredible. It is a collab between Trap and The Plastik. I went to demo as soon as the vendor ad popped up on my Flickr feed. It is so incredible. At first I thought the price was kinda steep, until I actually unpacked it and saw what I got. Not only are there appliers for every head and body known to man, but also Omega appliers. So if you happen to have a head or body not included, panic not! Also!! There are omega tattoo appliers, so you could wear your own skin and just use the tattoos. My picture truly doesn’t do the skin justice, I could rave forever about it. You have a choice of 20 colours, so all sorts of RP avs are possible.

One thought on “Stellar”