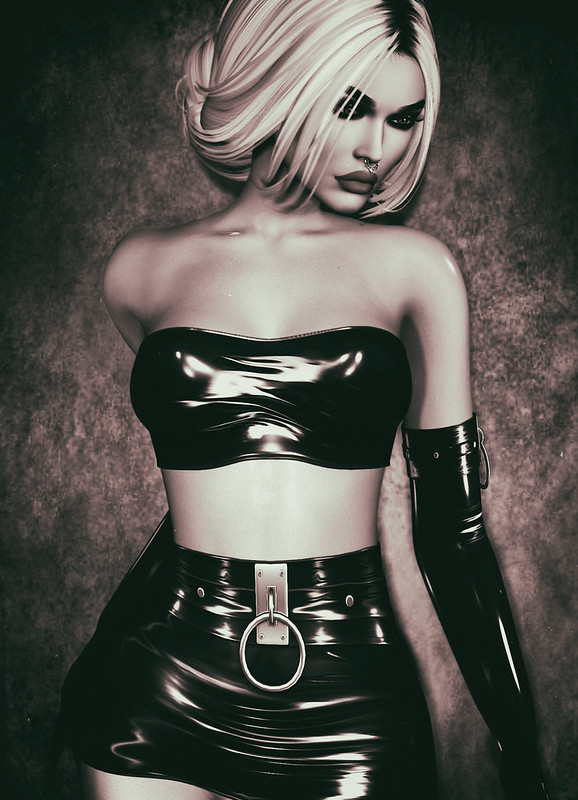 Chuck and I hit up District20 a couple of nights ago, which was fun.

I grabbed this amazing hair there, although it wasn’t a release for the event. Also! My outfit ;) The only thing that bugs me about Moon Elixir is having to buy each piece separately, I mentioned this last time I blogged them. But their latex is too good to pass up, so I risked RSI of my buying finger :P

I’m wearing a YS&YS skin today instead of my usual Anis. The detail is amazing, I wish more people would create for Gen lab heads and give us girls and boys some options.

Last year I was contacted out of the blue by the CEO of Erotic Life Magazine, asking if I would be interested in participating in their January issue. I was supposed to fill out a notecard, but in true me style it somehow got lost. So Flora contacted me again and I said I was still interested. The theme was Around The World, and I had a week to get it done. The country I chose was Egypt. If you’re interested you can see the final pic HERE. You can read the magazine HERE. Both are obviously NSFW, just sayin!