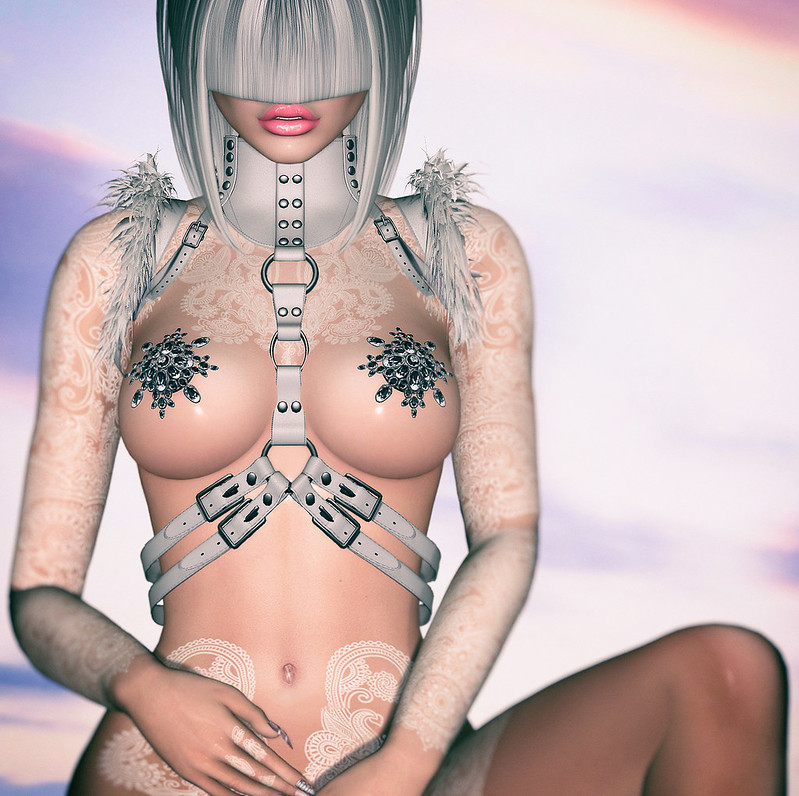 Ok, it’s official. I am thoroughly delirious due to fever.

The family lurgy has finally got me. Also, I’ve lost my glasses so I am flying blind literally LOL. The other day I mentioned Sasy, Whimsy and I had been on a shopping extravaganza. It started at Kustom9, when I saw a vendor for a collar and keyring which were super cute. But the pants that she was wearing in the vendor pic really caught my eye. I announced to the girls in Skype that we NEEDED those pants. Fast forward a trip to the store the collar was from, we ended up at Eclipse Art Studio. Sasy had sleuthed and found the pants were from there.

We went to the accessories section first, and I was like noooo this is that store that sends me down the rabbit hole and 5k later I’m all breathless and have no clue what’s just happened. So Sasy dragged me by my hair to the clothes section. Ugh, I had spent 7k before I even blinked. There was so much I had to have, of course the pants were bought. But this harness really caught my eye. I bought it in 3 colours I believe…no judging :P

I decided to do white as I almost never do light pictures. Lord knows why I chose today to challenge myself, my fever made me brave LOL. Ok time for me to pass out. If any slurls are wrong, just yell at me in a couple of days ;)