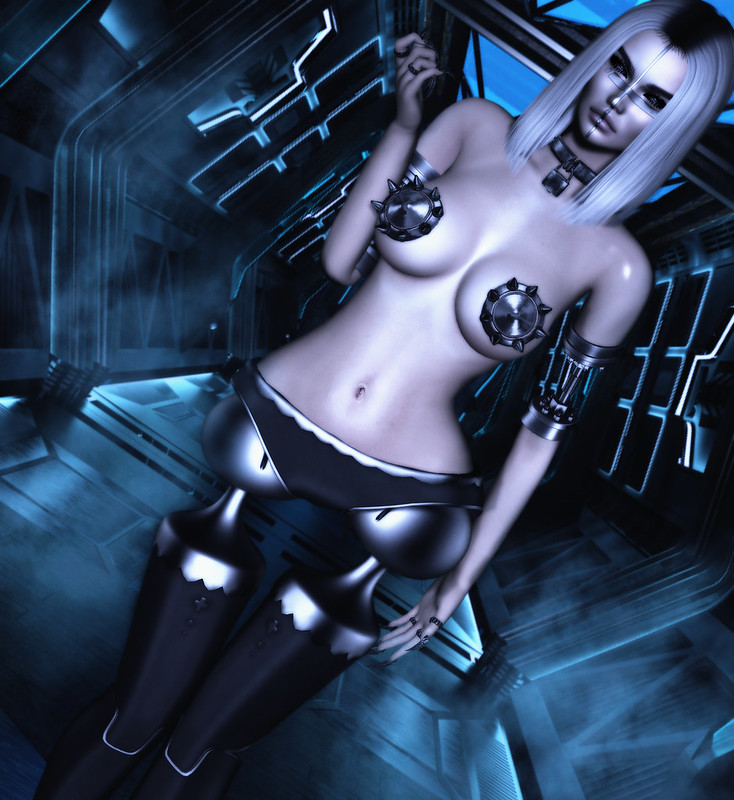 When Sasy and I were talking about space hookers yesterday, I got to thinking…

I’m sure I have some tech makeup from Skin Fair! And sure enough I did. It’s by Jumo and it’s total love. Geo comes with an Omega and a Lelutka applier so you can’t go wrong. I’m wearing it over the new YS&YS skin, Natalie which can also be found at Skin Fair. I’m wearing the lightest tone here, 01.

I did a quick run around The Fantasy Collective last night, an event I haven’t been to in quite a few months. I’m so glad I went because lookit my legs!! They are by BADA and are stupidly cheap and you need them ;)

Chuck and I also hit up Whore Couture, the fruits of which I will be showing tomorrow. I’d forgotten I was wearing this outfit and promptly got booted for being too high script wise LOL. Lesson learned, some photoshoots need to be finished before going shopping :P