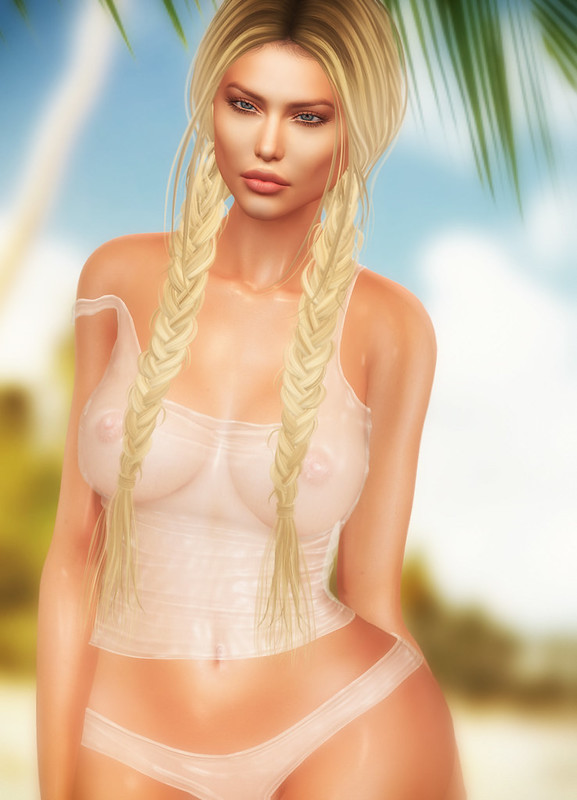 So that summer cold the toddler had ? Actually tuned out to be a mild case of chickenpox which has made for a very cranky little man LOL.

Unfortunately as it’s so mild he’ll probably get it again, but at least the next time we can persuade him not to scratch himself silly XD. The other setback to my sl time would be my shape vanishing from the database. I had been an egg since relogging a few days ago, I did all the troubleshooting things while on Skype with Sasy but was still an egg. Then she said I should change shapes or do a character test. Did that and low and behold, there was a rezzed Ashia, all be it very odd looking LOL. When I went to put my regular shape back on, one I’d made myself it couldn’t be found in the database. Uggghh. So I’ve been fiddling with my face and other body parts during my sporadic time in world but I still don’t look like me. It’ll do for now though ;)

I do have a preview for you though! The Arcade starts soon, and Salt & Pepper will be there with the Wet T-Shirt Contest gacha. It’s so much fun and there’s loads of cool stuff to be won. The wet part is activated by SL water, so it’s a good excuse to get off the platform ;) The clothes are rigged for Freya, Lara and Hourglass and are opaque when not in sl water.