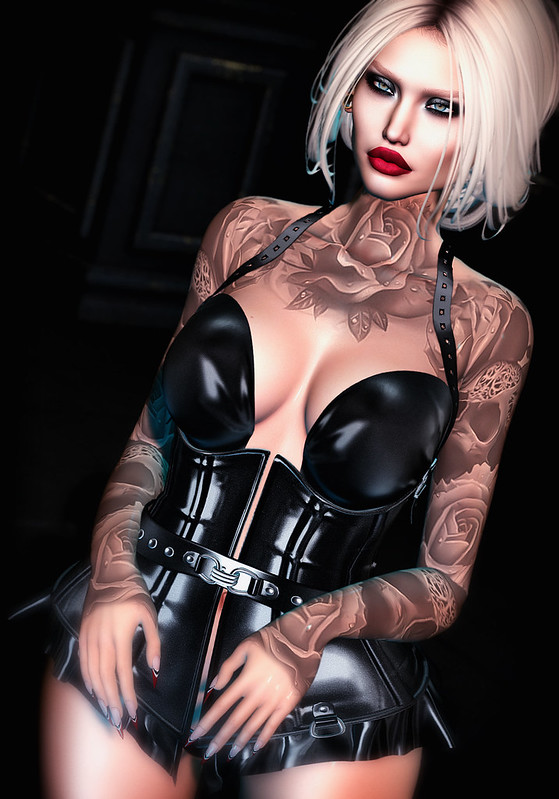 Today is the best day ever!!! Walking Dead spoilers ahead, so scroll past my blahblah if you don’t wanna know :P

My phone and discord had been blowing up last night, because anyone who knows me knows I’ve been waiting for 348563456348756 seasons for Rick to die. Yesterday it was announced next season is his last, and he’s only signed on until the mid season break!!! OHHAPPYFUCKINGDAY!! My Daryl will become more central to the story which also gives me the total happy XD. It’s like all my birthdays and Christmases come at once. I might buy a lotto ticket tonight to ride the luck wave LOL.

What does my outfit have to do with that? Nothing really except I’d probably wear it to celebrate the death of the character that is Rick. Which is what I did! You can find yours at this month’s Kinky. It’s by Luas so it’s rigged for several bodies, another reason to celebrate ;) Kinky only just opened so it’s a bit packed, but just do what I did and derender everyone.

HAIR
Fabia – Klara ( it was a gift hair, can’t remember which event though )