Sasy and I did some epic shopping yesterday which I’m still unpacking ;)

The spoils from that trip will have to wait a bit as I’ve been sitting on this pic for a couple of days. My teen got back from her first trip overseas with her school on Friday so we’ve been hanging out and catching up on all the goss.

I did the round at Lootbox a few weeks ago, I was Skyping with Sasy praising the Lord that her and Whimsy weren’t with me as they usually win all the rares :P But it was my turn to score loads this time, Lootbox is probably one of my favie gacha events as the Lootboxes seem relatively easy to win. I’m showing the Moon Elixir Crystal Kitsune set today, I won both Lootboxes and a ton of commons. The boots and corset being the commons. Everything else shown is part of the rare sets, and you can change the textures via a hud so it matches whatever else you won.

I played the Freya machine, but there was also Lara and Hourglass too. I love that there’s more variety in terms of bodies at this event, or at least it seems that way to me. I know it’s a ton of work making any gacha release, but the more bodies catered for the more cash rolls in. I know I walk past machines that only do one body, even though I own all bodies. It’s a principle thing ;)

My nails are from Notice Me Sanpai by Astralia. They are mermaid themed and go perfectly with my peeenk mood. Sasy and I were there when designers were setting up before the event opened as we had early access with Bloggerati. The build is glittertastic and reminded me of candy floss! Very pretty and there’s loads of cute girly stuff to buy.

My hair is the beautiful Isla by Sintiklia. I already owned the greyscale pack, but I went to the mainstore the other day to grab the pastels pack. I fricking love this hair, it’s just so beautiful, in any colour. 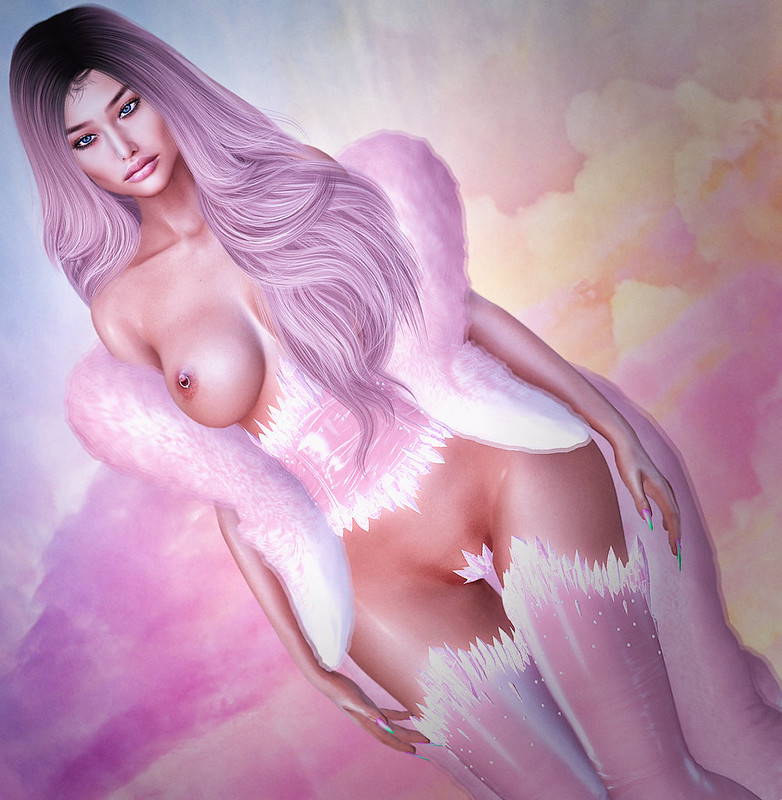