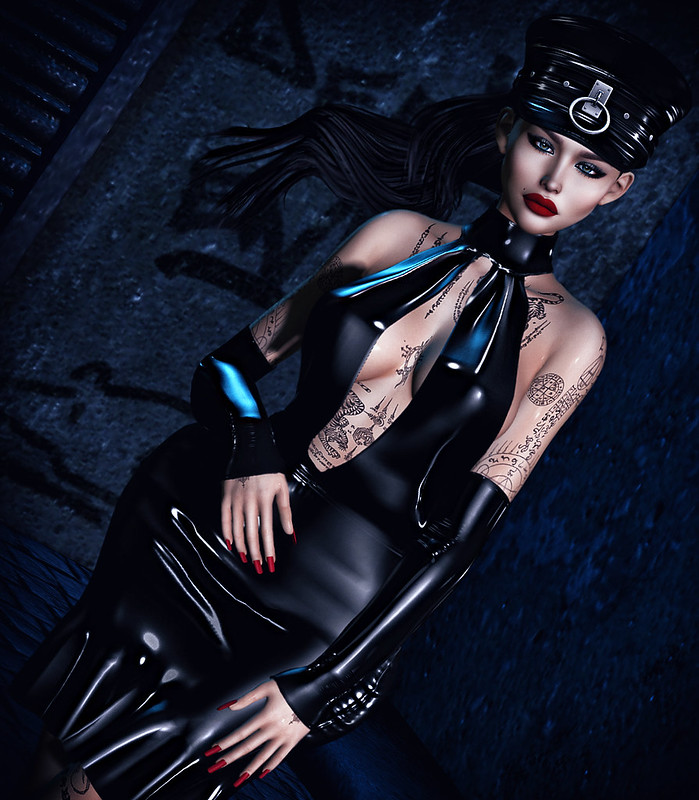 We are back to a heatwave over here, which means the toddler doesn’t sleep >.<

I’m inhaling coffee atm while he’s finally dropped off for an hour or so XD. Just enough time to quickly show you another Fetish Fair 2018 preview FTW!

Salt & Pepper is seriously one of my favourite stores, for many many reasons. Lookit at this dress… Winona is total perfection! Latex lushness that can be customised via a hud and it can be yours too when Fetish Fair opens at 1pm SLT on the third. It’s rigged for Lara, Freya and Hourglass so you will have no issues wearing it.

I paired Winona with my fave fetish hat from Moon Elixir and a ponytail from IT Girls which Sasy and I lived in for about a week, that’s like a lifetime in SL :P