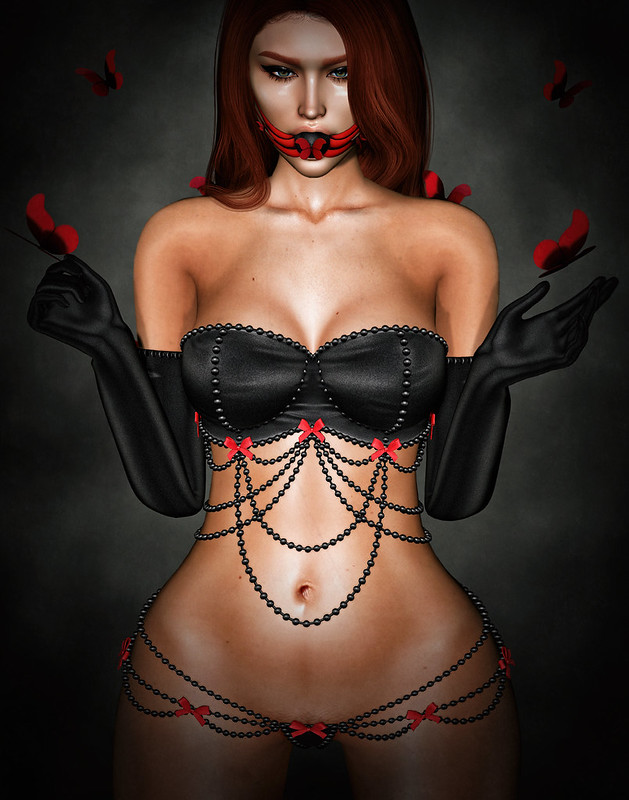 Not many words tonight as I’ve swapped my posting time around just for this post ;)

Some new stuff today as well as a couple of old faves. My outfit can be found at ROMP and it’s by Moon Elixir. Everything is customisable via a hud, there are also boots to match that I am wearing but you can’t see :P

The gag and butterflies were part of a set I picked up at ROMP also, but last year! I’ve used the butterflies before but the gag was something I hadn’t unpacked XD. Can’t believe I didn’t because it’s the yum. They are by Moon Amore and you need them in your SLife.