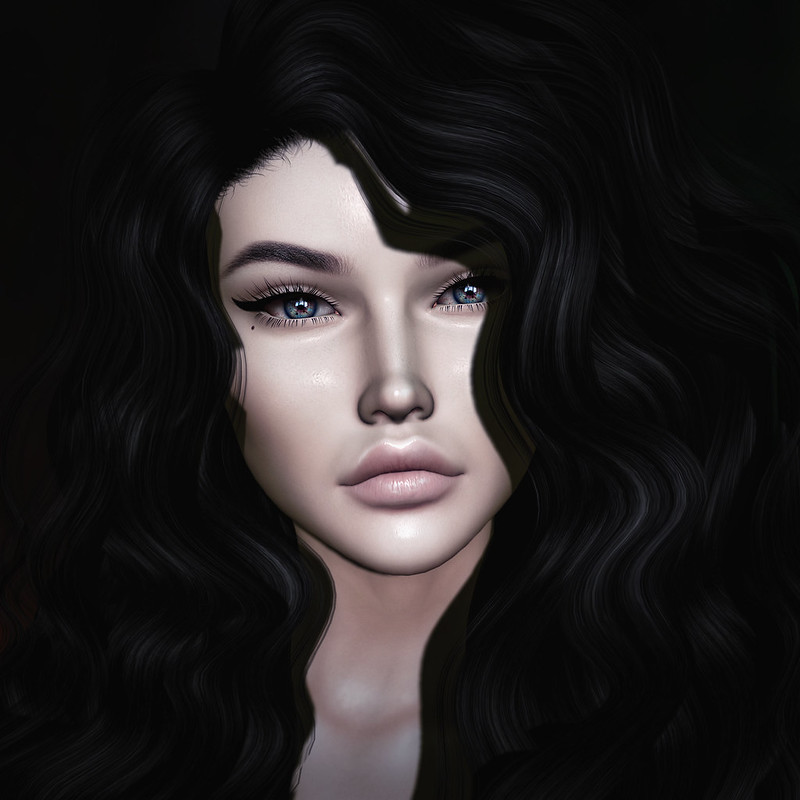 Lelutka has released a huge update of all their bento heads in preparation of an also huge new release…3 or 4 heads! To match the update, Glam Affair has also released mark II versions of all their accompanying skins that can be found in the Lelutka hud. These also correspond with the updated Glam Affair skin tones so it’s all match match ;)

The following are the release notes, which can also be found in your head folder when you update:
________
GENERAL
Syncing of VOCAL/MOUTH/EYELIDS animation drop-downs added, which should eliminate orphaned animations from those menus running in the
background and producing unexpected results.
New ear animations included to rotate your ears in or out to help fit various hairs or hats (or just enhance your look).
Teeth now use the LeLutka applier system, and can be textured and tinted using third party appliers.
– If you are interested in making LeLutka teeth appliers, get an updated creator kit from the Settings tab.
All animations were updated, and as a part of this all four past freebie moods have been updated and pre-loaded in the 3.2 heads.
Eight new moods added.
Backup system updated for 3.2, but proceed with caution, since all animations in 3.0 heads are not compatible with 3.2!

_____
HEAD
Longer Lashes for female head!
BROW layer has been expanded to cover the entire face, and for female heads (and appliers) has been renamed to “FACE”.
– can be used for eyeliner, etc. via rerouting
Weighting of brows and eyelids has been modified to allow use of the outer eye corner shape slider.
each brow now only uses 2 of the 3 brow bones
the third (outermost) brow bones are now rigged to the outer corner of the eyelid instead, a standard used by most mesh heads on the grid
this should improve compatibility of LeLutka’s heads and animations with those of third parties.
all moods and expression animations were redone to reflect this change in bone usage for brows.
IMPORTANT: This means you should not use the backup system to backup/restore any of your older animations!
If you purchased animations prior to 3.2, get a redelivery and install the new versions into your 3.2 head
Minor UV tweak to improve consistency among heads and compatibility with upcoming bake on mesh skins.
Ears have an optional piece of mesh which can reduce the size of the ear hole when ears are hidden.
An alternative head with static ears (ears not affected by shape sliders) is now included.

____
HUD
Included Glam Affair skins have been updated to their new 12 tone set.
Female face layer includes four new preset options.
Old skins and female brows can be found on a separate applier included with the update.
Eye presets now include bigger irises which may better suit your tastes.
Rerouting toggle switched has been moved from the settings tab to the essentials tab for convenience.
New information pages to help get acquainted with the HUD features
All pages show on first wear.
Click the ( i ) button at the top of the HUD to review the current tab’s info page at any time.
New ( ? ) button for fast access to the web manual.
Brow layer replaced with Face layer.
Bake On Mesh texture has been included in the skin layer section
IMPORTANT: This will appear as a gray unrezzed texture unless you are using a viewer which supports “Bake On Mesh”, a feature which will not yet be live at the time this update is going out.
Tint panel has been improved.
Teeth layers now included, allowing you to adjust the tint on your teeth, gums, and tongue.
New indicators for which layers you have selected.
Each layer has its own color swatch, allowing you to see at a glance if you have any tints applied to your layers.
You can click a layer’s tint swatch to copy that tint to your other layers.
CUSTOMIZE tab has been renamed to TESTING, which better reflects the intended use of this tab for designers or customers with an artistic flair.

As mentioned above, the hud has had a makeover too, shown below is what you can expect from the 3.2 release:

Lots of stuff to play with before the big release ;) Also, all of Lelutka’s add-ons have been updated to reflect the changes, including the Axis hud!