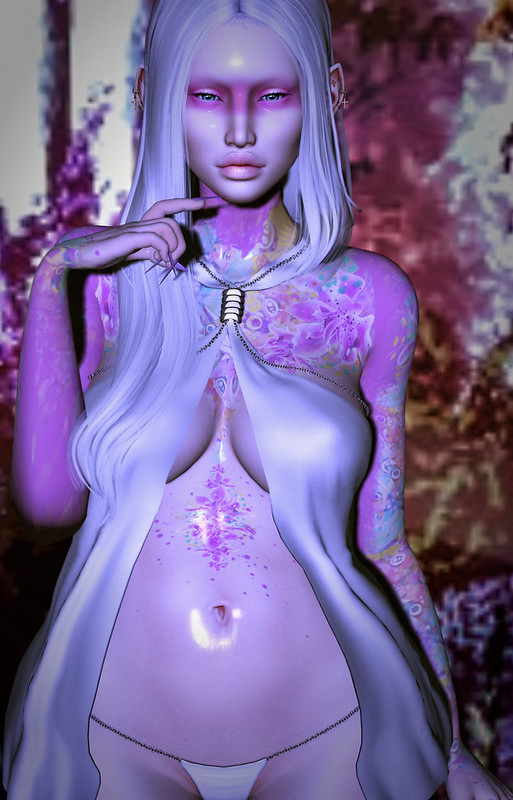 I’ve been doing lots of shopping in the last couple of days having been in a skin bubble on my platform for the last two weeks!

So many events to catch up on and seriously not enough time XD. The majority of my look is from We <3 Role-Play with some bits thrown in from Access, Collabor88 & Kustom9 and of course Skin Fair 2019.

Totally pasted that from the notecard that came with :P It just so happened I was wearing the new Skinnery skin for Lelutka that you can find at Access so it was perfect timing ;)

I'm also excited about my hair. It's rigged to be very close to your scalp, and yes your ears are meant to stick out of it. Seeing as I had brand new ears to show off, Elegy by Tableau Vivant also came along at the perfect time.

My tattoo by This Is Wrong got me in the fantasy mood, as did my outfit by Salt & Pepper. It's 25% off for the duration of We <3 Role-Play so if you hurry you can get an awesome bargain.

TATTOO
This Is Wrong – Mythical @ We <3 Role-Play